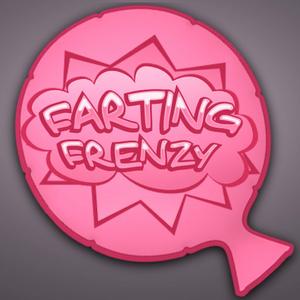 This is the original hilarious take on the classic memory game simon says. try to hold back the tears of laughter as you listen to and echo back a sequence of flatulence. each round the sequence is followed by one more brown note which the player repeats back on the virtual whoopie cushion. the game ends when you toot a wrong note in the sequence. innovative free-play mode lets you break wind whenever you want for side-splitting bathroom humor and pranks using the whoopee cushion soundboard. the game exists in a number of non-english speaking countries. while some also use the name simon (such as the spanish "simn dice", "smon segir" in icelandic, "szymon mwi" in polish, " " ("simon says") in korean, in arabia: for example, " " (general commanded - egypt version) or " " (the teacher says - lebanon version) in arabic, "kommando pimperle" (or with similar rules "alle vgel fliegen hoch") in german, "jacques a dit" ("james said") in french, "jean dit" (john says) in qubec, "commando" (the dutch noun for "command") or "jantje zegt" in flemish parts of belgium, in dutch, " " ("herzl said") in hebrew, "deir grdaigh" ("o'grady says") in irish, "razvan spune" (razvan says) in romanian, in turkish, "yakup der ki" "" ('senchosan no meirei' "captain's orders") in japanese, "kongen befaler" ("the king commands") in norwegian, "kapteeni kskee" ("the captain commands") in finnish, "" ("the teacher says") in cantonese, and "o mestre mandou" ("the master ordered") in brazilian portuguese. "simon says" wikipedia. 2010. wikimedia foundation, inc.