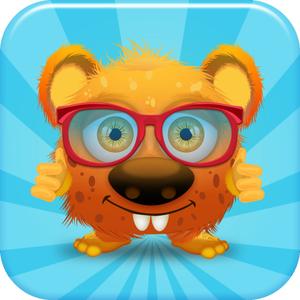 mad monster planet its going to be awesome the planet empire has been invaded by the dark human knights. these mad monster need your help! guide twelve crazy monsters through mystical worlds in mad monster planet to fight the enemies and save their empire! collect tons of power ups, that will help you on this mission and jump your way to the highest score. keep an eye on the different types of deadly platforms with trap doors, enemies, spikes, bombs and more. * warning: highly addictive * mad monster planet the big bounce jump, hop and fly your way to the top while beating the enemies and collecting insane power-ups. you'll find power-ups that speed up time or give a "spring loaded" jump. there are enemies on each corner trying to stop every move you make, so make sure you land on top of them instead of jumping into them! * secret planet empires and monster characters* unlock super secret empires and highly trained monsters * insane gameplay new experience every time* with mad monster planet, you'll never get bored. this game is built on a "custom random generator 3000" system that builds a different gameplay experience every single time so you never the play the same twice. * gamecenter and all that cool stuff * we've included support for gamecenter, facebook, twitter, email etc so what are you waiting for? release your inner monster power and become the legend of planet empires