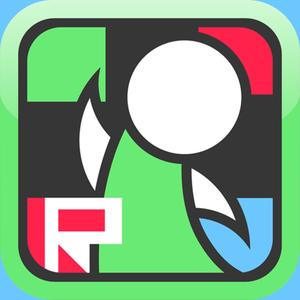 Recurse is the game you play with your whole body for ipad 3 and above! gaming app of the day, kotaku it's more or less a 21st-century twister. winner: "play this now!" award, come out and play 2012! 148 apps: 4/5 its energetic and lively, and there really is nothing else like it for the ipad. pocket gamer: 8/10 silver medal "after playing with the game for a few minutes, you'll wonder why there aren't more games that use the ipad's front-facing camera to mimic motion controls." the app champ: 6/6 "...once you get the hang of it you are bound to get addicted." g4tv: ...recurse is an ipad game developed specifically to make you feel like a happy goofball. touch arcade: "...recurse is a clever game concept, and a great use of the front-facing camera equipped ipad 3." indiegames.com: "more fun than any hands-free experience i've had with microsoft's kinect, lumalus inc.'s recurse has convinced me that the ipad 3's camera is underused, or maybe recurse is the epitome of what is possible with a camera-included tablet." killscreen: simple to play and lightly calesthenic, it's a great nod to the physical aspects of ios play. appgefahren.de: "gerade mit mehreren nutzern kann das unglaublich witzig sein und drfte auf der nchsten party oder familienfeier fr den einen oder anderen lacher sorgen." ****************************** using your ipad's front-facing camera, try to control your body so you move as much as possible in the green areas while avoiding the red areas. if you're good enough, your picture will be saved among the high scores for all to see. not a high score? try again! recurse was commissioned by the nyu game center for the inaugural no quarter art game event. an indiecade finalist in 2010, recurse has been shown all over the world: the american museum of natural history, file games rio, monitor digital festival guadalajara, hand eye society's abstract athleticism in toronto, babycastles, come out and play festival, athens plaython, and more. play with friends! play at a party! share game play photos on twitter or post them on facebook!

- Recursion: play recursion game online for free. you can ..

- Recursion is an online platform game which can be played at .. 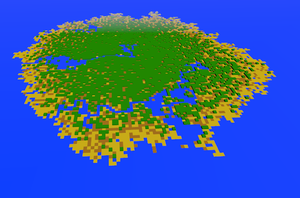 - Explore the mysteries of an uncharted planet in this mind .. 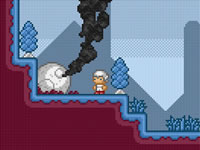 - The rules are pretty simple... enter the junction and dont ..

- Recursion is a retro-style puzzle platformer game from ..

- Grab stars and jump on platforms in this fun recursion ..

- The objective to recursion is to collect all of the stars ..

- Recursion is a cool puzzle platformer where your goal is to ..