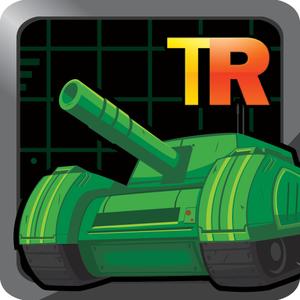 Tank rivals missions also known as tank war 3d : heavy armor is the insanely addictive and fun 3d hero tank shooting game. more and more tanks are waiting for your controls in this fast paced 3d tank action on your mobile phones. player controls the toy tanks remotely to destroy other toy tanks inside the arena. intuisive d-pad control to control the tank and touch anywhere on the screen to destroy enemy tanks. player own the tank wooden tank, a very basic tank to start with. newly designed beautiful tanks will be available for upgrades throughout the missions and player can buy it using the coins thats given from winning of each missions. get hours of fun for free decorated in four different beautifully decorated hero environments. 60+ missions to be completed and its totally free. so get it while its still free and enjoy the tank shooting experiences. take out all the enemy tanks and be a tank hero in this insanely fun tank shooting game. tank, tank, tank! be a tank rivals fun today and i bet that if you like playing games like tank hero and pocket tanks, you will definitely like this game. the main difference is that tank rivals game will always be free and tank hero is not. features four beautifully decorated environments to take missions. 50+ missions to be completed. design your own tanks and form more than 100+ different tank styles. over 10+ different tanks and 20+ weapons to choose and upgrades. special reinforcements to wipe-out the large group of enemies. totally free game and it will always be free. design for tablets and hd graphics. 20+ achievements and real rewards powered by kiip. like tank rivals missions on facebook https://www.facebook.com/tankrivalsmissionsgame follow rival edge studios on twitter! http://www.twitter.com/rivaledgesg hours of fun for free!!! download tank rivals now!!!