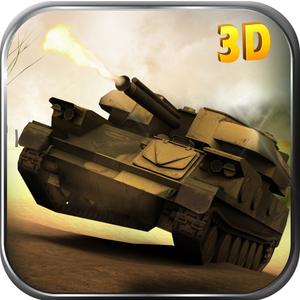 The us enemy units have a launched a massive attack to eliminate te the remaining terrorists from the mountains from torabora situated in the outskirts of the afghanistan. us army is using tanks, navy gunships, and marines for this mission. they never thought that this day-to-day attack will turn into tanks attack war as surprisingly terrorists has also massive ammunition under their belt. helicopter tanks war has just started and now only you can save the marines. this attack has turned into a mini war and the team has named it as tanks war mission survival 3d. tanks and helicopters are considered to be the backbone of any army unit and keeping your strengths in mind, you have been chosen to drive a tank and eliminate all the terrorists. these terrorists are dangerous and have rocket launchers, tanks in their own armory. but they dun have a soldier like you who can drive a tank without taking care of his own life. this is modern war tanks war mission survival 3d features game play: - use the on screen navigational controls to move forward and backwards - use gyroscopic controls for rotation and altitude control - you are equipped with two weapons, mounted machine gun and missile launcher - use the radar to track down enemy tanks and soldiers - mounted machine gun can inflict damage from long range, whereas missile launcher operates effectively at short range features: - real 3d graphics environment. - natural sound of helicopter. - no connectivity required while playing. - radar system to indicate enemies. - loving, addictive and full of fun.