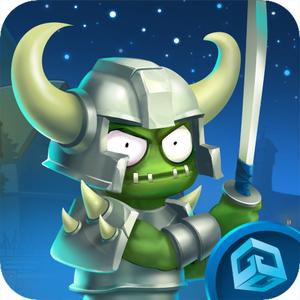 ********************** rise of zombie - city defense ********************** - get ready for an action of the killing frenzy. defend your gate from the revolting of zombie madness with deadly weapons like sword, saw, guns, grenade, bomb and many more. - make use of multiple weapons that will help you kill the zombies, click on the special weapon atomic bomb to make the massive destroying damage. - unlock and upgrade the new weapons in the store to stand with the powerful zombie bosses. - rise of zombies is the hack-and-slash defense game, but the way to defend in this game is attacking! - in a darkest night, the alien creature xeno queen makes her first invasion action to earth by releasing the virus into the graven town’s graveyard. - the zombies rise from the graves and heading to the graven town! - the only one who can stop these zombies revolution is you! the sheriff who is in charge of protecting the town from any threatens. - now let’s swipe the zombies out! ************ game features ************ ● frenzy finger playing style ● multiple deadly weapons, sword, saw, guns and bomb and many more ● cool animated effects ● interesting upgrades and new powerful weapons. ● cool graphic design ● many zombies and bosses to fight with ● easy to play and relaxing network you can play offline with this game anywhere! support are you having problems? please contact us : riseofzombie@genergame.vn facebook like us on facebook : https://www.facebook.com/genergame notice rise of zombie is a completely free-to-play game. however, there are some game items that can also be purchased for real money. if you don’t want to use this feature, please disable in-app purchases in your device’s settings. ************************ genergame © 2015 ************************