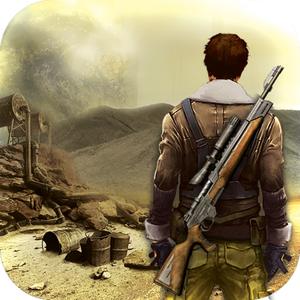 “we are human beings! our ultimate goal is to survive. we kill, steal, murder and destroy those beneath us to survive. we envy those above us and want to bring them down so that we may take their place. my goal as the lone wanderer is not all that different. wandering is what i do to survive. wandering is all that i have left in my arsenal. this is my life! welcome to my world!” – the lone wanderer lone wanderer takes place in an alternate universe, a wasteland, one devastated by nuclear war. the earth had seen many wars and nuclear weapons became extremely common. as fallout of nuclear war, most of the earth was turned into wasteland and overtime, radiation caused mutation in humans and animals. you take control of a survivor known only as the lone wanderer. before the final nuclear war, he was the son of a very powerful entrepreneur and an expert in using modern rifles. when the war started, he took refuge in his personal nuclear bunker, completely cut off from the world for many months. the bunker wasn’t properly built which was not known to him at that time and caused massive amounts of radiation to leak through. this caused him to mutate and develop extraordinary regenerative abilities, strength and endurance. he became obsessed with his own survival after he exited the bunker. he became obsessed with his own survival after he exited the bunker. later on, he met with a few other survivors, most of them required supplies and weapons. as the lone wanderer was the only one who could handle a rifle, he was sent on quests which would help him and his fellow survivors. key features: - a truly disturbing wasteland environment. - an option to turn down graphics for better frame rates. - 3 different wasteland creatures that will attack you. - hardcore survival elements. no med kit, no food, no maps and no guides. how to play: - use left joystick to move forwards, backwards or strafe either way. - drag on the right half of the screen to rotate player. - to shoot, use the bullet button that is next to the movement joystick - use the button on the bottom right to aim down sights. - use the “quest log” button to open quest log menu. wasteland survival guide: - all enemies, except imps, will make footstep noise. pay attention to the footsteps to locate enemies and to avoid being attacked from behind. - all enemies will melee attack. - turning the flashlight on during night is essential. - your health will regenerate overtime. the amount of blood on your screen will represent your health. when your health is 100% your screen will be perfectly clear. - keep moving around. dogs and mutant bugs can smell you from a mile away and can even come out of the ground. quest guide: - there are no maps! you will have to roam around to find weapon caches and enemies that must be killed to complete quests. (hint: you can find the weapon caches inside the various ruins and standing rocks during the “life of a wanderer” quest.) privacy policy we don't collect any personal information , any non-personal information collected by our partners like google is used for analytic and game improvements. http://rationalverx.com/privacy.html support rationalverx gaming studios ------------------------------ web: www.rationalverx.com www.facebook.com/rationalverx twitter @rationalverx

- The wanderer is a simple but engaging text based game in ..

- Happy easter! spring is here and sarah has wandered off .. 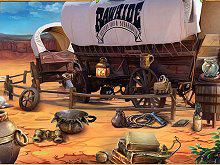 - Jack is a lonely cowboy that doesn't belong anywhere. ..

- You play as a lonely prairie wanderer who is trying to find .. 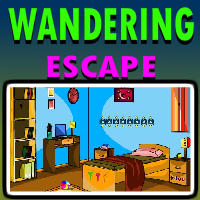 - Yalgames - yal wandering escape is another point and click ..

- Try your best when you will play lonely vampire lost. if ..

- Lonely vampire lost is one of the best dress up games for .. 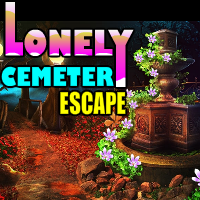 - Yalgames - yal lonely cemetery escape is another point and ..