Maze Run - Guide The Witch Through The R... Report 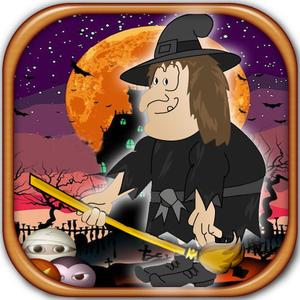 __________________________________________ 'this game requires a good strategy!' 'love the many options while playing!' 'great game play and very nice graphics!' 'game plan is everything, i really dig it!' __________________________________________ help the witch to escape the maze so she can fly freely! but that's easier said than done. by moving around the squares, you create the right path for her. but some squares can only move horizontally, and other vertically. then some function as an elevator, and others can only be rotated. you need to come with a good strategy for this game! the game play is really fun and thousands have already downloaded it. it consists of 30 levels that all need to be solved. don't get too nervous when you're getting stuck, because that won't help you at all! see how your friends perform online and try to beat them! join the maze run community today! *** addictive game features *** - cool game for strategic people - free version supported by ads - super awesome graphics and motion - addicting and proven game concept - unlimited attempts to break your record - great sound effects and music - turn on/off music and sound effects - upgrade to ad-free version optional - available on iphone and ipad