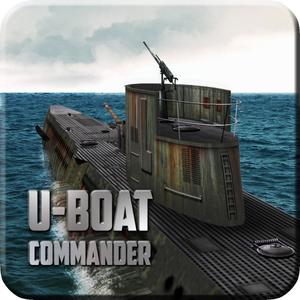 Live the naval submarine warfare at wwii! good chase, sea hunter! wwii uboat submarine commander is a tactical wargame that will act as the captain of a submarine in the course of the second world war. the game faithfully transmitted fighting against submarines and surface vessels in iiww, your choices will be critical for your missions are successful or fail: glory or death!!! the main objective of the game is to sink the maximum tonnage of enemy ships. your decisions are fundamental to punish the maximum navy and merchant opponent piece. to achieve the goal shall count with the help of a brave crew who share your luck, have in your hands a totally equipped with torpedoes and submarine canyons. but beware, the opponent is dangerous and tenacious, has dreaded destroyers, corvettes and fast agile planes that try to sink your submarine using its arsenal available. completing quests and sinking ship, your crew and you will go gain experience, you can buy new submarines, improve the skills of your crew and equip your submarine of new weapons, methods of detection and countermeasures. • you can choose to be commander of the kriegsmarine, the regia marina or the us navy • 12 types of submarines, from the famous to the advanced type viic xxi through the mythical american gato class and the huge italian cagni. • 7 levels of experience crew. since recruits fresh from the barracks until cracks tanned in a thousand battles. • 7 levels of major, lieutenant from even the most seasoned commander. • 34 technological improvements, guided torpedoes, radar, lures, sensors, radar detectors, schnorkel, anti-aircraft mounts • 27 skills for progression crew from a first officer on trigonometry, to nyctalops lookouts drivers passing by surgeons and specialists in diesel engines. • 102 missions axis of 1939-1945 and 46 missions usa from 1942-1945 with fair detailed historical descriptions. • search maps theater movement at atlantic and pacific fronts. • wll try to sink over 3,500 different merchants and oil tankers. • combat against aircraft carriers, battleships, destroyers and corvettes with features drawn from reality. commander, choose nationality, choose your submarine, select a mission and sail the dangerous seas and battle your way to the top. the high command trust your navigation skills and battle, you are trained in leadership, navigation and combat. fulfill your responsibility and help your country to win this war! your navy and your country need you! become a hero! -------------------------------------------------------------------------------------------- beeep, beeep, attention all! commander at bridge. hq messages incoming!!! it is very important! heard quarter advice for newbies submarine commanders (important tips): • upgrade your submarine as soon as possible. initial german u boat iid is very weak, use your initial sp&sk to choose a powerful viic or ixb. • in the beginning of the war, lone vessels are not usually armed with a deck gun. keep your torpedoes and attack them with your own deck gun. • usa torpedoes and to a lesser extent, german ones, have a very big design problems and are very inefficent. use your technology points as soon as possible to solve these problems. • you can improve your submarine, techs and officer skills using your sp,sk & tk points but remember that you and your crew awill gain experience by sinking ships and doing missions. -------------------------------------------------------------------------------------------- more apps from nerlaska games (nlkgames): nlkgames makes life fun visit us at http://www.nlkgames.com find us on http://www.facebook.com/nerlaskastudio follow us on http://www.twitter.com/nerlaskastudio

- Do under water submarines fancy u? have you always wanted ..

- Prepare yourself for an epic battle at sea! you are the .. 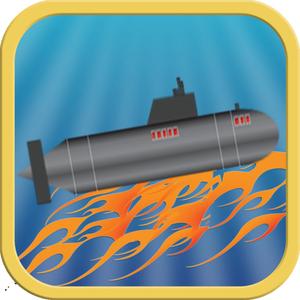 - This is a game i created for a university assessment, using ..

- Play as a submarine commander bloomo. discover the .. 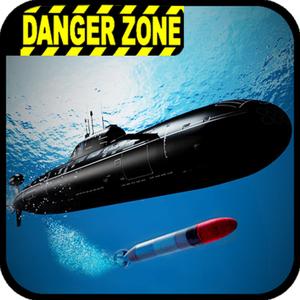 - Get ready to dive in the deep ocean to attack enemies fleet ..