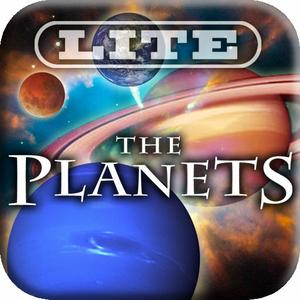 From the creative team at appstar games comes fling pong - the planets lite. ********** reviews ********** "solid physics make it a snap to learn... the musical score for fling pong - the planets takes iphone soundtracks to a whole new level. musically, fling pong feels like a lost snippet from fantasia. it's epic and overpowering... fling pong - the planets should be considered money well spent." gamezebo.com "the presentation is very well done, with great looking graphics and excellent music... fling pong - the planets is also pretty darn fun, and with a phenomenal musical score, it should keep you entertained for some time." toucharcade “sounds like fun? indeed it is... i find the game to be an excellent casual game on the iphone, with nice graphics and a unique gameplay mechanic that i’ve not seen anywhere else.” nineoverten.com ******* featuring out-of-this-world graphics taken from actual hubble telescope imagery, fling pong - the planets lite takes you to another galaxy of arcade fun. the object of the game is simple; bounce a ping pong ball toward a wall of target holes in an attempt to get the ball in the hole. in "the planets" the target holes are represented by the 8 planets of our solar system (sorry, pluto). early game play presents the planets in beautiful static imagery, with the game progressing through waves of dramatic planetary motion. fling pong - the planets lite features include: - 5 unique levels of ping pong toss arcade action - gorgeous graphics based on actual hubble telescope imagery - a dynamic musical score featuring excerpts from the renowned classical score holst: the planets - an in-game, local high score board - sound and music volume controls and once you're hooked on fling pong - the planets lite, upgrade to the full version of fling pong - the planets and get many more great features, including: - 27 more unique levels of game play, presented over 8 "stages" - 6 more gorgeous environments based on hubble telescope galactic imagery - an awe-inspiring soundtrack featuring additional excerpts from the renowned classical score holst: the planets - no commercial ads - "free shot rockets" to help beat the higher levels - the ability to start the game from any "stage", with separate scoreboards for each - local, in-game high scores - the open feint social gaming platform, with achievements, global high score boards and connection to facebook and twitter appstar games is the new publishing company from the creative team of david crane and garry kitchen, former activision designers and video game legends. fling pong - the planets is designed by garry kitchen, a former video game designer of the year, well known for his previous work including the atari home version of "donkey kong", "garry kitchen's gamemaker" and "keystone kapers". david crane is the co-founder of activision and author of some of the most beloved video games of all time, including "pitfall", "pitfall 2: lost caverns", "freeway", "the activision decathlon", and "a boy and his blob". kitchen and crane are joined at appstar games by an esteemed team of industry veterans, including roger booth, game technologist extraordinaire, and bill wentworth, a world class graphic and game designer. watch for more great iphone and ipad games coming from appstar games!