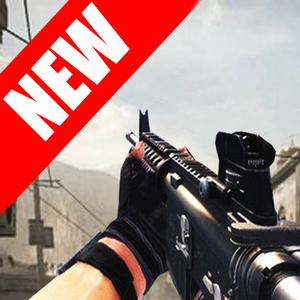 Aim and shoot! ultra realistic graphics and real-world weapons simply control the device to aim and tap to shoot. kill all the bad guys! - easy controls (tap to shoot) - ultra realistic graphics - dozens of real-world weapons - different sniper missions - multiple scenarios and targets 100% free games! everything unlocked! now you have a new mission! a terrorist group has occupied the city, hijacking innocent passengers as hostages.as a good mercenary and your mission is to eliminate all the terrorists and rescue the hostages.here you need a cool head anomaly analysis and fast, aggressive, accurate shooting techniques, allow your head to calm down, to enjoy this challenging game now! ******features: *level game modes:game mode for an unlimited levels and there star rating system that lets you keep cool in the end, to try how strong your ability, how far can break it! *a variety of game scenarios: a variety of different game scenarios, there are docks, city square, waste warehouse. *full enemy exists: the enemy is everywhere, some in hiding in the ground behind the building, and some hiding in the roof, which requires your keen eye to detect and eliminate them. *flexible battle mode:upgrading the defense and attack players get the ability to strengthen, to experience the unique process of fighting fun. *simple operation: full touch screen operation, so you just move a finger, you can quickly capture the enemy's shadow and shooting, is very simple. *intense battle scenes：realistic visual effects and the world's best battle music, have a crazy shooting feeling. ****how to play *touch screen to enter shooting mode. *slide the screen can be rotated to move the perspective. *click the icon to the right of the "shooter" button to fire, rotate icon to switch between different. *after amplification mode into sight, by adjusting lever for the right distance from the lens zoom.