Cross The Intersection Of Kamakura Report

Incredible japanincredible japan series 1 ”cross the intersection" full of photos from kamakura!! have you ever seen the intersection/intersections in japan? nobody bumps into other people while so many people are crossing. it looks like it relates to some "compassion" that distinctively lies in japanese. let's cross and get to the other side of the intersection without bumping into anyone. sure you will be compassionate when you reach to the other side. 【introduction to the game】 ▼easy operation move your character with the controller! you can complete the game if you reach the goal without bumping into anybody! ▼people increase as you level up the game contains level 1-5. the number of people crossing the intersection increase as you complete each level. ▽not a person??? something not a human being appears in the intersection. 【a perk after completing each level】 you will see a photo of japan (kamakura) as you complete each level. the photos shows real japan that you never see in a travel guide. head for the goal and complete the game! 【this is a game for】 people who is interested in japan people who likes japanese people people who is planning a trip to japan intersection lovers people who isn't busy

- 3 days ago, your expedition have made fourth trips to the ..

- You are trapped in intersections. the goal of this game is ..

- The intersect computer from chuck. embed your brain with ..

- Don't cross the line, connect all of these lines but make ..

- Cross the frog is a puzzle games game 2 play online at .. 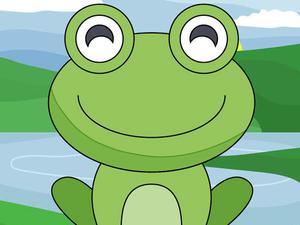 - Age of legendary heroes is over. now nobody will be ..

- We are very excited to support this app on the brand new ..