Stupid zombie smash, smash zombies, mummies & monsters with your finger. its a great game for all aged people, specially for young kids. some features of stupid zombie smash + 6 different types of zombies to smash (rockstar zombie, pirate zombie, queen zombie, robber zombie, mummy zombie & engineer zombie) + different zombies act differently and can be killed differently + artificial intelligence in zombies + new types of enemies/zombies are unlocked after the end of each wave + several zombies to smash + innocent kid, dont smash him!! you will loose life + game for all ages, man and woman! + a funny app to pass the time. + some zombies are very funny, can speed up/down anytime. + some zombies can rebuild their bodies after breakdown and attack again. they are very funny and smart + keeps you busy all the time during the game play, never gets board. and finally all... for free! level description: one new enemy/zombie will be unlocked each level level - 1: normal rockstar zombie (moves vertically) level - 2: pirate zombie (moves zigzag way) so hard to smash level - 3: engineer zombie, has helmet in head. so first break the helmet and then smash him. level - 4: innocent kid will run here and there, dont smash them. level - 5: mummy zombie, they breaks apart when you smash them, you have to smash them after break apart level - 6: special zombie, they can rebuild their body themself level - 7: queen zombie, they are very strong we are working on more levels, please support us if you like the game.

- Stupid zombies is a puzzle games game 2 play online at ..

- This region has a major zombie infestation. you know what ..

- In the sequel to the game stupid zombies you have to take ..

- The living dead and brain lovers are back in our new ..

- The living dead and brain lovers are back in our new ..

- Stupid zombies is a shooting puzzle game. if you like ..

- • the stupid zombies have risen again, and our heroes are .. 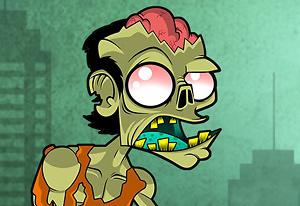 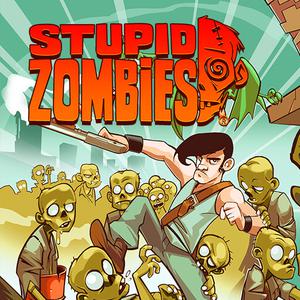 - One man, one shotgun and a whole lot of zombies. you are ..

- Stupid zombies is a puzzle game 2 play online at ..