Experience the most trending commando battelship game of 2017 welcome to commando battleship clash world! get ready to take on your enemies down in the wide oceans on the high seas, by commanding your naval battleship and destroying your opponent’s deadly warships. enemy is approaching your sea borders and you are given a mission to command your navy gunship shooting and destroy shootout enemy ships. get ready and take the battlezone combats to the seas in commando battleship conflict, a 3d warship action game and ready to take on your enemies down in the wide oceans on the high seas, by commanding your commando naval battlecraft warfare three battleship and destroying your opponent’s deadly warships. this is a battleship shooting game with several types of military ships, soldiers and terrorist. download “commando battleship clash” right now, the game is modern military battleship combat providing players with a reloading huge naval fleet engaging military scenarios and grants an opportunity to take command of legendary vessels and fight for domination on the high seas to pull you into an immense combat experience the moment you start the game. as a naval commando, your mission is to take charge of a fleet of powerful and varied naval ship, taking to the hand to hand combat rough seas to seek out and destroy your enemy war in intense centers and bloody battles. you are the last hope of survival as the highly specialized sea force engages with an extremely opponent army with the fleet of navy battleship world. the destroyer warship machine has its unique realistic combination of firepower, speed, armor, and endurance. you need to defend your ship, your honor and your country. the mission is impossible but you are the only one that can face the cruel enemy in the deadly seas. there are no rules in the battlefield except one; victory!!! be the first naval captain to win this century most epic battle. wish you all the good luck that you would surely need for this blackout missions. key features: • stunning 3d hd quality graphics • intense gameplay with stunning visuals & sound • realistic fps (first person shooter) scenario • ongoing updates to deliver new modes, features, and content • breathtaking visuals • 3d action environment • awesome sea environment with different views • fun game to play • crisp, cinema like, hd visuals different exciting sea base • 3d game sound enabled • no time limit, unlimited play and fun easy to learn and drive • different exciting action game missions

- Experience the most trending commando battelship game of ..

- Experience the most trending commando battelship game of ..

- Dare to clash with furious enemy commandos? then play this ..

- Complete commando missions, get gun down the enemy. with .. 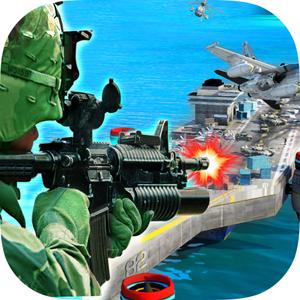 - Enemy navy ship is detected by the military satellites in ..

- Navy command officer! there is a situation and you have .. 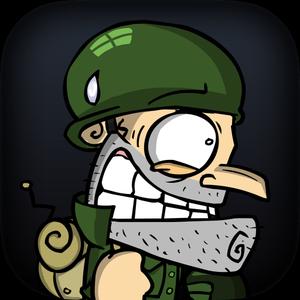 - Soldiers are dying in the battlefield! it’s time to take ..