Experience real naval battles right now sink everything on the seas to be the lord of the sea a next generation 《naval battle》 mobile game provide excellent graphics with lighting camp, soft particle and advanced model skills. 8v8 pvp battles, hundreds of cruisers, destroyers, battleships, aircraft carriers and submarines of the 5 superpowers in world war ii. try air-sea-undersea battles right away! = features = excellent graphic for real war experience using the 3d engine, the real-time weather system makes the scenes on the seas even more real. lighting map skills are applied to make sure all ships appear realistic. the explosions and firing effects enhanced with particle skills will blow your mind! war has never been so real! more than 200 real warships in this game, you can collect and use hundreds of warships, including battleships, destroyers, cruisers, aircraft carriers and submarines that had served in world war ii. the physical simulation technique will fully represent the true appearance of the ships and their capabilities in combat! aircrafts are added to create a three-dimensional war in naval battles, you can use battleships, submarines, aircraft carriers and planes at the same time in 8v8 real-team pvp and many other battlefields. war has never been so real and complex. you can attack under the water, on the seas and in the air! newbie friendly ,ships are easier to acquire. in the current version, warships of usa, japan, germany and other nations can be earned as you level up, making it convenient to collect every ship you desire. a game has never been so interesting!

- Come and feel the power of modern warplane in air ..

- In the beginning, there was only darkness. pain. misery. .. 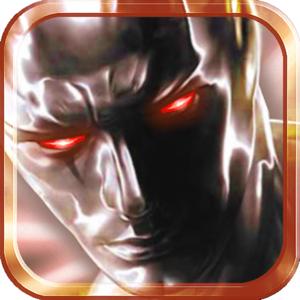 - This epic war strategy game will tame all your ultimate ..

- Battle of dragon ring is a slg for light users. you will ..