Want to be an incredible monster city hero? get ready to play the best action packed incredible monster superhero vs fighting robot games in this latest concept of city rescue games 2017. welcome to this futuristic city where monster heroes were guarding the gates and keeping peace inside the metropolitan. but now evil robots have started to land in the city form parallel universe in this finest of robot fighting games. dark times have arrived, sky has turned all black and is pouring down the streets in terror. no one knows the agenda of these evil robots so incredible hero has been called out for a monster city battle. set yourself for an amazing monster hero vs superhero robot city battle, gain control of your monster super hero and utilize your hidden combat skills in this best of fighting games free. these war robots are equipped with state of the art ballistic machine guns and heavy rocket launchers for a destructive robot war. in this astounding mr incredible vs robot battle, you as a famous monster superhero has to wisely plan on how to eradicate evil bots and rescue innocent people of the city. engage in this greatest of monster fighting games and use your tactics to win city robot battle and save the innocent people in this finest of rescue hero games. you will be accompanied by bulk of robots but you need to put them down with your super hard punches and extreme kicks in this premium of robot games fighting. ***gameplay features*** • an absolute treat for lovers of robot games and city battle games with comprehensive gameplay of 4 missions (each mission has 5 levels). • breathtaking realistic 3d animations with eye catching hd graphics to capture details of monster battle games. • thrilling sound effects for the fans of extreme fighting games. • impressive and easy on screen controls to engage you in this battle simulator. • playable on multiple devices.

- Want to be an incredible monster city hero? get ready to ..

- Incredible monster in city battle is a great counter ..

- Would you dare to step into the robot ring and face the ..

- Are you ready for an epic war and want to escape from the ..

- Incredible monster is a cool fighting game in which you ..

- Incredible monster is a fighting game 2 play online at ..

- Control a mutant monster who is fighting against criminals .. 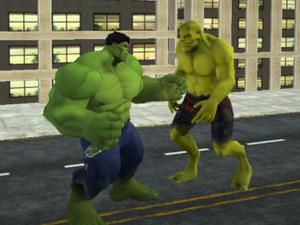 - Fight with this mutated monster against other similar ..