Bliss has been hypnotized by a villain and the powerpuff girls have to rescue her, but also townsville. so join them on an adventure that starts on bird poop island. you will control blossom using your arrow keys. move around, click twice on an arrow to move faster and try to collect all the stars within the level. in the upper left corner of the screen you can see how many stars you have collected so far. you can change characters between levels. you can use your space bar to pick up keys that will open up the pathway. you can also pick up cannons and shoot them using your x key. be careful not to get hurt in your missions because you only have three available lives. but you can sometimes pick up power ups to fill them up. good luck playing the powerpuff girls - hypno bliss! 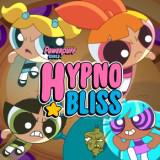