Aesthetic battle simulator is a true historic renovation of the ancient greeks battles with the illuminati order! fight against the retarded illuminati army, reveal the conspiracy by the reptilians from nibiru, jump under fire for popcorn! jet pots, plasma-firing bananas, homing corn, giant battle pigeons and more in anesthetic bottle stimulator! this is a real roller coaster of emotions and fun that would blow your head from the first seconds! the visual style of antiseptic button calculator is an attempt to take the best of the vaporwave, webpunk and 90's nostalgia. autistic brazzers see you later contains flashing lights which may not be suitable for photosensitive epilepsy. 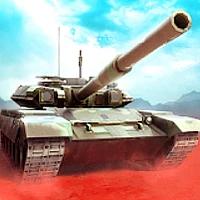 - In a battle fantasy world no one is off limits; your living ..

- Experience the most brutal epic battle fantasy in the ..

- Turn the tech mode on and step into the world of futuristic ..

- From the creators of epic battle simulator, comes epic ..